PIERRE Kartner, who was father Abraham in The Smurfs’ Song, has died at the age of 87.

The Dutch singer-songwriter worked on the popular cartoon series from 1977 to 2005.

His debut hit The Smurf Song reached number two in the UK charts in June 1978.

Kartner’s songs for The Smurfs have sold 17 million copies worldwide.

He has written over 1,600 songs throughout his career, including tunes for the popular cartoon series Moomin and the Dutch entry into the Eurovision Song Contest 2010.

Kartner eventually parted ways with The Smurfs series due to artistic differences with his record company Dureco. 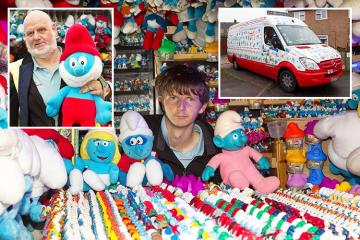 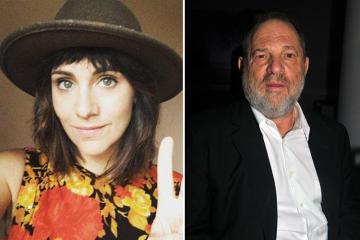 Kartner, who was born in Amsterdam in 1935, started singing when he was just eight years old after winning a local festival competition, but later worked at a local chocolate factory.

His musical career saw great success when he debuted with his alter-ego Vater Abraham (aka Father Abraham) in 1971 and released Father Abraham Had Seven Sons in 1971.

Developing his character on stage, he grew out his beard and wore a bowler hat to create his famous signature look.

He was approached in 1977 to compose La Chanson Schtroumpf.

The label initially only produced 1,000 promotional copies of the single, but quickly had to order 400,000 more when the song took off.

It reached number two on the UK charts in June 1978.

Due to the huge popularity, Kartner was asked to create a full album for the series, which sold over 500,000 copies worldwide.

His last song for the series came in 2005, when he sang The Smurf Song with a band called Dynamite.